CELEBRATING THE VERY BEST OF IRELAND 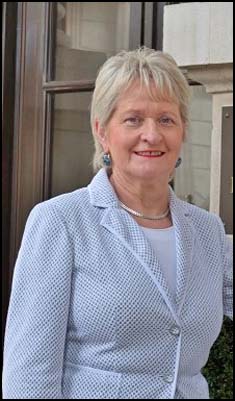 The Council of Irish Counties in London (CICA) is an established organisation which has been active since 1954 and is registered at The London Irish Centre, Camden. Over the years, the organisation has had an amazing history of supporting many needy people through its great work.

We are proud to promote Ireland in London and throughout the United Kingdom we are a leading voice representing the 4 Provinces and 32 Counties of Ireland.  The formation of the CICA is the affiliated Counties Association, at this time, our mission is to reach out to other counties to form representation groups or by becoming members or friends of our organisation. Through partnerships with community groups, charities and outreach projects, the CICA focuses on working together with other organisations to make a difference in people’s lives. We invite you to come and join our association to develop a strong networking group going forward to make a lasting impact within the community.

Mairead Liston
Chairperson of The Council of Irish Counties London 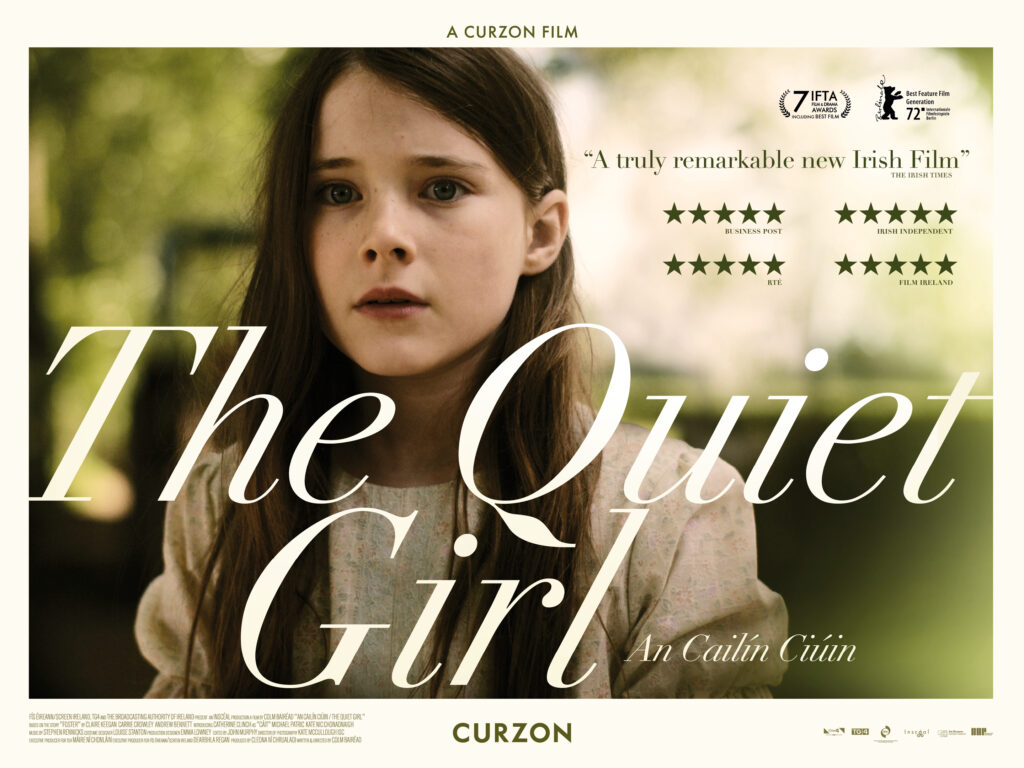 Rural Ireland, 1981. A quiet, neglected girl is sent away from her overcrowded, dysfunctional family to live with foster parents for the summer. She blossoms in their care, but in this house where there are meant to be no secrets, she discovers one painful truth. Based on the renowned story Foster by Claire Keegan.

The CICA LONDON gladly promotes the Irish language and culture. A case in point is the award-winning Irish language feature film, An Cailín Ciúin ‘The Quiet Girl’ which will be released in the UK on 13 May 2022.

The film had its world premiere in Berlin in February and won two awards there. It also won the Audience Award and Best Irish Film at the Dublin International Film Festival recently and took home seven IFTAs at the Irish Film and Television awards in March including Best Film, Best Director and Best Lead Actress! It’s being released in Ireland on 12 May 2022. There’s a special preview screening of the film in the Curzon cinema, Bloomsbury, London on Tuesday, 3 May 2022 at 6pm followed by a Q&A with writer/director, Colm Bairéad. This screening is being hosted by Irish actor, Fiona Shaw.

The film is also being screened in the Irish Cultural Centre Hammersmith on Sunday, 8 May 2022. It’s the first time an Irish language film has been acquired for a release in the UK and so this is a very exciting opportunity to promote the Irish film industry. The film will be shown in Curzon cinemas and also the Cine Lumiere, London as well as other venues throughout the UK.

The Council wish to extend our sincerest condolences to the family of the late Michael Sills native of County Wexford, who passed away recently. Our deepest condolences to Michael’s family son Damian & Daughter Joanna and their family and we extend our sympathy to the Wexford Association London on their loss of a very dedicated and loyal member of the Association and also Michael played a very prominent role on the Council of Irish County Associations London and his loss will be dearly missed. The funeral arrangements are as follows:

There will be a guard of honour performed by members of the Council of Irish County Associations at the church along with other organisations.  There will be a collection at the end of the mass for the PSP Association charity. Donations in lieu of flowers please.  Following the service all are invited to join the family for refreshments at the Claddagh Ring, 10 Church Road, Hendon, London NW4 4EA.

The body will be repatriated to Ireland for burial in Murrinstown, County Wexford with final details to follow.  May his soul rest in eternal peace.

We are sad to share the news of the passing of Michael Sills, a well-known and highly respected member of the CICA & the London Wexford Association.

The London Wexford Association are very saddened to announce the recent passing of well-known popular member and President of the London Wexford Association Michael Sills. Michael was 76 years of age a native of Murrintown Co Wexford resided in Willesden, London. He was the son of the late Robert and Anne Sills and brother to Anita and Patrick and their late brother Victor. Michael was proceeded by his late wife Bridget. Michael travelled to London at the age of 22 and worked in the cosmetic industry. In 1972 Michael married his wife Bridget in St Mary Magadline Church in Willesden, London and had two children Damian and Joanna and had two granchildren Lauren and Malachy.

Michael was a kind, caring considerate gentleman, a great character and always appeared happy and had a great sense of humour. He was a hardworking man who set himself high standards and was always guaranteed to get a job done which gave him great satisfaction.  He gave his time and commitments to many Irish organisations throughout his life. Michael first joined the London Wexford Association in 1969 taking up the role of Registrar. Years later he became Treasurer and then served many years as Chairman to lead the association to great success. He would give his time and support to other committees, such as The Fr Murphy Youth Club and was an avid member of Fr Murphy Hurling Club, The London Irish Festival, The London Irish Centre, The Council of Irish Counties Association and the Gladstone Park Allotment Association.

Michael was easy to get along with and always had a good word for everyone. Michael also had a serious side to him and did not suffer fools easily. People would have called on Michael for advice as he had a vast range of knowledge and experience of various topics. He was always game for a laugh and would have pulled a few tricks in his time, although his light-hearted humour never caused any upset or offence.  Michael loved to spend time working on his allotment and would have produced a few spuds and cabbages in his time and would share them amongst family and friends. Many a story would have been told at the tea shed in the allotment amongst his friends and fellow gardeners.

In 1983 Michael was one of the founders of The Wexford Darts League which is still going strong. Michael’s great love in life was for his family and friends, music and sport.  He had a fond love for Country music which he would listen to on a daily basis on South East Radio and ICMR Radio.  Michael loved the challenge of the quiz nights and had a tremendous passion for the GAA. He enjoyed watching or listening to the hurling and football and rugby games and would always look forward to hearing the results.

Michael was a modest man and picked up a few awards in his time The Wexford Person of the year award and Achievement award in Wexford to name but a few. Unfortunately, in the last few years of his life Michael suffered ill health with Super Nuclear Palsy which left him wheelchair bound, but he still fought on courageously.

Michael will be sorely missed by his family and large circle of friends, as he had made such a positive impact on many people’s lives. London Wexford Association Chairperson Lucia Butler says “Michael was a very sincere loyal honest gentleman who worked extremely hard for the benefit of the association. He never forgot his roots a proud Wexford man. We are all very grateful and will continue to build and promote the association to ensure its continued success”

We would like to express our sincere condolences to his son Damian and his partner Anna and his daughter Joanna his sister Anita and brother Patrick and his grandchildren Lauren and Malachy and all his family and friends.

May his gentle soul Rest In eternal Peace.

VOICES OF IRELAND IMELDA MAY 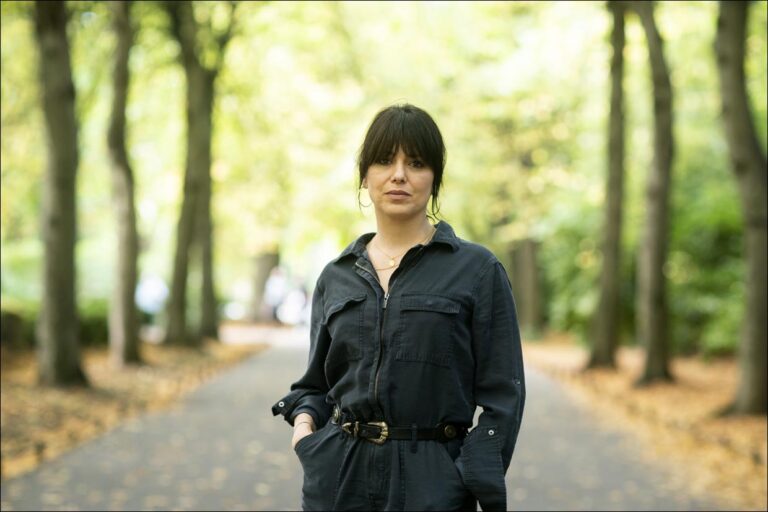 Introducing a new programme that airs on SKY ARTS and NOW TV giving voice to Irish talent. It is a real homage to Ireland presented by Imelda May on her journey through Ireland as she visits the counties & places and hears music & poetry from the past and present. You can watch from 14 December 2021 and on catch up. A two-part series for Sky Arts with Imelda May see attached press release. It is being broadcast on the 14 of December and programme two is the 21st of December 2021. Dont miss it! 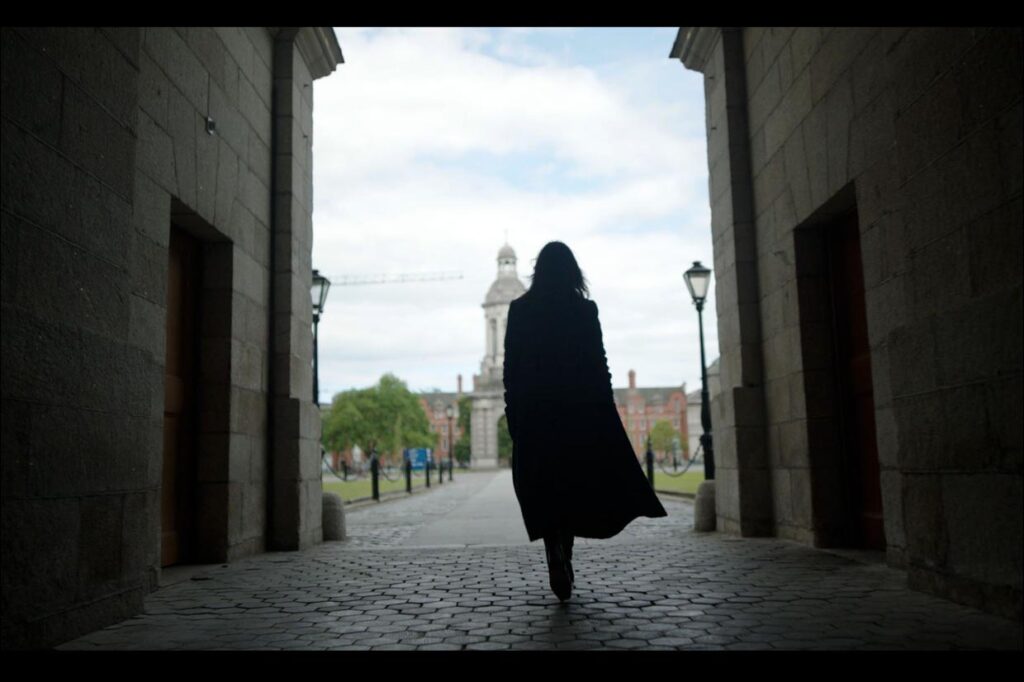 Voices of Ireland  is a voyage of discovery exploring Ireland’s most renowned literary legends – Joyce, Wilde, Beckett and the like – through the lenses of the places and spaces in Ireland that influenced their work.

Over the course of two hours, we will be in the company of these legends as we re-imagine their best-loved pieces for new audiences. Taking the form of a literary travelogue, the programme takes viewers on a whistle-stop tour of Ireland’s rich cultural tapestry and awe-inspiring scenery. Dramatic renditions of classic poetry and prose are fused with contemporary spoken word, music and specially commissioned pieces that reflect contemporary society in Ireland.

As well as traditional media like music, song, prose and poetry, we also commissioned giant sand-art sculptures and 3D animations, all coming together under the guise of Voices of Ireland. Colm Mac Con Iomaire composed the wonderful musical score. We introduce some new compositions from Stephen James Smith, a young group Banyah who recreated a George Bernard Shaw poem. And so much more. (From 14 December 2021) 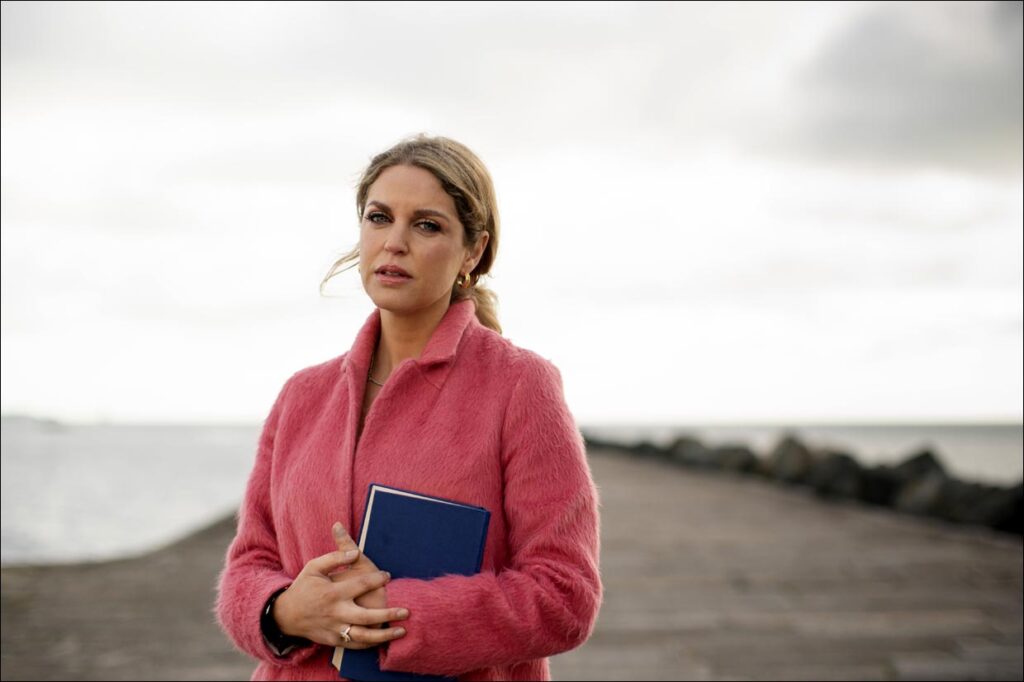 Red Shoe Productions
Here are some tasters of what to expect:

PROMOTING THE VERY BEST OF IRELAND

If there is one day that epitomizes the spirit and purpose of CICA London, then it has to be St Patrick’s Parade Day through the streets of London. We help organize and direct a fabulous carnival occasion. A wonderful pageant of colour and culture that exudes pride, passion and a whole lot of fun! It is a day that London turns the colours Irish.

Behind the scenes, is a year’s worth of hard work, organization and preparation. We thank from our hearts, all the endeavour and hard work of volunteers and the representations of each individual county of Ireland that participates in the parade and of the thousands of spectators whom flock to the carnival.

And 2019 was especially celebrated in terms of numbers who participated in the procession and those who flooded the streets of London to view the spectacle. And we must pay a warm mention to the ‘non-Irish’ participants who joined in the celebrations, particularly from the Latino – South Americas who provided such a rich display of colour, ethnicity and vibrant dance moves.

To capture a taste of the occasion, take a look at the many photos in our GALLERY. 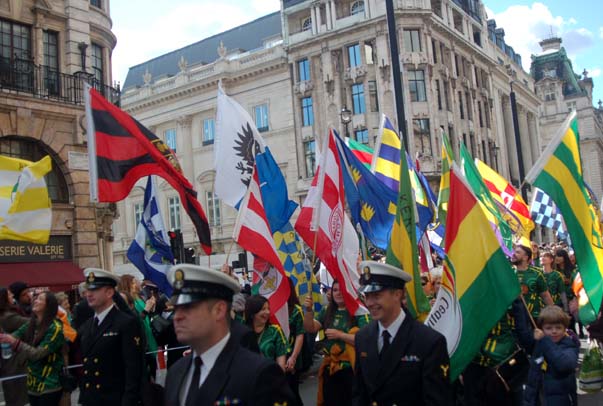