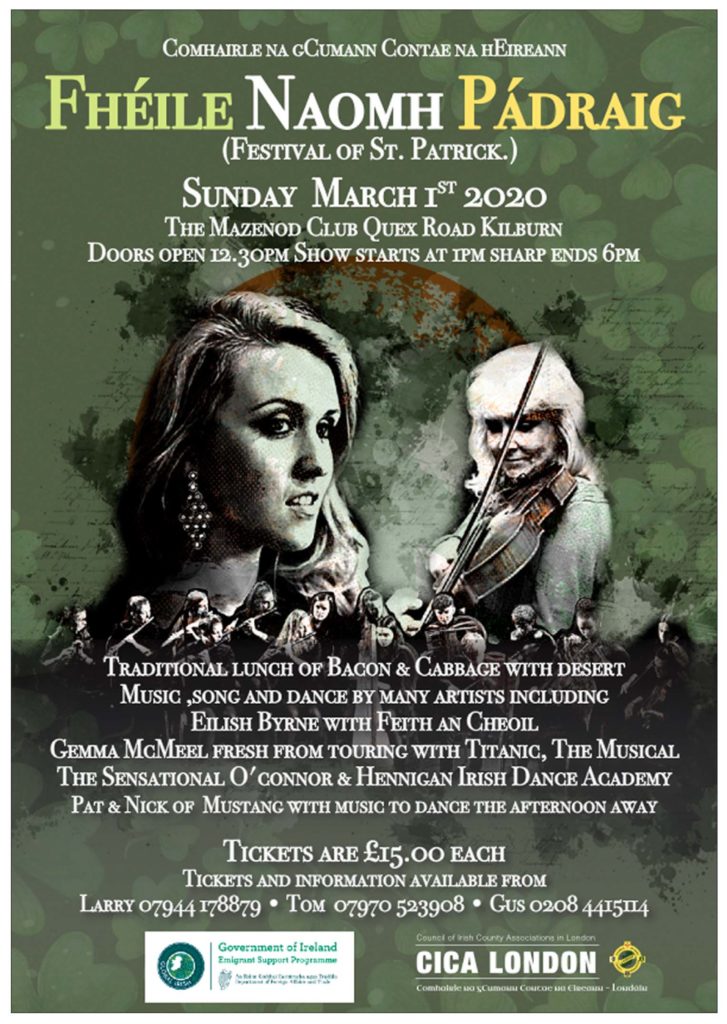 A Chairde,
I hope everyone as well. I wanted to let everyone know about the various events we have on around the St Patrick’s festivities, which is almost upon us: Fhéile Naomh Pádraig (Festival of St. Patrick.)
A lunch and musical celebration in honour of the feast of St Patrick, taking place at the Mazenod Club Quex Road Kilburn NW6 4LS. On Sunday March 1st from 1.30 TO 6.30pm Traditional Bacon & Cabbage meal with desert, tea and coffee. 3 top class Irish musical acts Music Song and Dance Ticket price £15.

Hí All,
Just a reminder on Fhéile Naomh Pádraig and to highlight the show will start at 12.30pm. We had to bring the show forward half an hour because of artists availability.  But it is a great show line up and a great meal all for £15. Can you please spread the word and heavily support this event. If anyone knows any companies who might sponsor a full page colour advertisement in the brochure please let me know  it is £100 for the page.

The CICA are holding a St Patrick’s Celebration Cabaret & Dance with a bacon & cabbage lunch on  Sunday 1st March 2020 from 12.30pm to 6pm at The Mazenod Club, Quex Road, Kilburn. Four top quality acts of Traditional Music, Irish Dancing, classical singing and a dance band all for £15. Children’s meals available at £5.

THE CICA LONDON Annual General Meeting will take place Tuesday 25th February at the London Irish Centre NW1 9XB at 7.30pm.  All County Associations are urged to have 4 delegates.  Any  associations not yet affiliated should contact the treasurer to pay their affiliation fee of £30.

‘Murder in the Missions’ Launch in London

Life President Mary Allen, chairman Larry O’Leary and members of the Council of Irish Counties were delighted to recently welcome author of ‘Murder in the Missions’ Jean Harrington to the Kennedy Hall and O’Donovan Library of The London Irish Centre in Camden. The book ‘Murder in the Missions’ tells the story of Butlerstown born Fr Rufus Halley, a priest of the Columban order who was murdered in the Philippines. The audience included Rhenita Rodriguez, Minister at the Embassy of the Philippines London, Cllr Sabrina Francis, the Deputy Mayor of Camden Cllr Troy Gallagher, Deputy Mayor of Islington Cllr Marian Spall also from Islington, along with Fr Rufus Halley’s brother and several family members.

The event started with a welcome from Chairperson of Council of Irish Counties Larry O’Leary, then a short drama by John Dunne of Irish Theatre, about the lives of Fr Rufus and his fellow missionary Fr Des Harford. It was then over to Jean Harrington, who gave details of her journey in researching for this book and conducted a very interesting question and answer session with the audience after which everyone enjoyed a buffet and other refreshments wonderfully prepared by Maria Connolly of the London Irish Centre. The event was covered by THE MUNSTER EXPRESS. 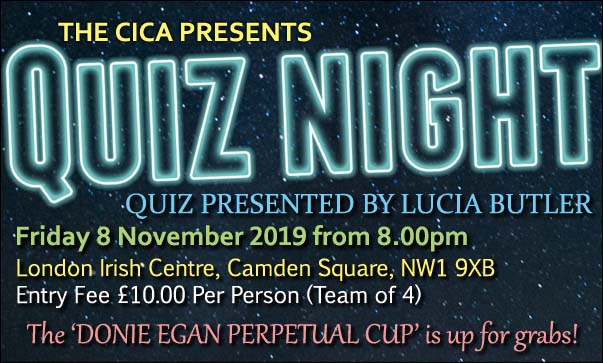 You are warmly invited to come along, exercise the old grey matter and have some fun. The winners will be presented with the prestigious ‘Donie Egan Perpetual Cup’. Plus, there are also additional prizes for the runner-ups. There is a Gala Raffle and light refreshments on the night. DON’T MISS A REALLY GREAT NIGHT OUT!

YOUR INVITATION TO REMEMBER

We invite you to attend our annual mass for the deceased friends and officers of the CICA London. It is a great occasion to warmly remember friends and family members who helped to create our association and make it the special social organization that it is today. Come along and reminisce fond memories with friends. 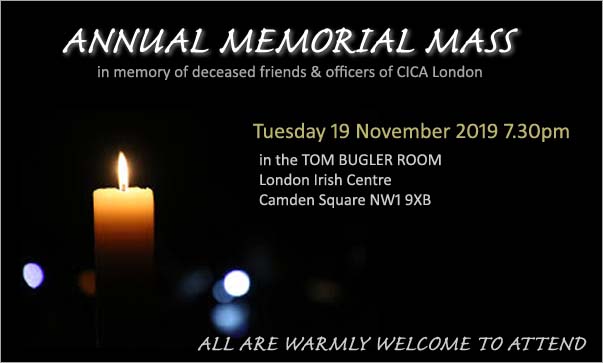 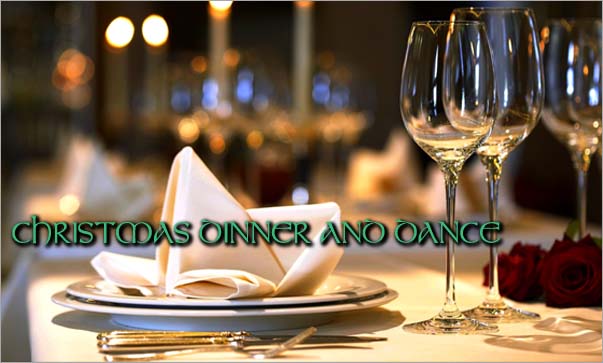 You are cordially invited to attend the CICA London Annual Christmas Dinner & Dance for friends and members. Doors open 12 noon 14th December 2019 when the party fun begins at the London Irish Centre, Camden Square NW1 9XB. To avoid disappointment, make sure you book your places for this special event ASAP!